JOHNNY performs 200-230 shows a year whether he’s solo, or full production band- he’s more active than anyone in town, out of town, and is one of the top sought after performers in the NC scene. Publishing deals in Nashville, CMA nominated 3 years running, (Carolina Music Awards), Paid top dollar for his voice to embark the doors and floors of your venue.
***The Johnny Orr Band has opened for some of country music’s biggest stars like:
KENNY CHESNEY, ZAC BROWN BAND, LITTLE BIG TOWN, GRETCHEN WILSON, LEANN RIMES,
JOSH GRACIN, PHIL VASSAR, JASON MICHAEL CARROLL, and many more…
Johnny just signed a publishing deal for 2 more songs this year (June 2012) for “When we’re 90″ and “You can’t hide Love”. He and his co-writer Nathan Wayne are rollin out some more and getting them demo’d to send out to the same publisher in hopes of getting some more activity. Get Johnny Orr solo or the full band booked as soon as you can, because if things get much bettter, then you’ll have trouble finding them with an open schedule. As of now, they are booked thru October and some to the new year (2012) just signed the 4 other songs over to publishing “The Rain”, “That Ain’t Country”, “Sunday in Savannah”, and “It Would Still Be You”… 10 this year so far y’all… (2012) we’re on a roll… Nathan Wayne Sheppard and I will be working on more to write and send out as soon as we can… can’t wait to see what happens with this… We need a Huge artist to cut these and make em big!!! We also, with your help have gotten over 4000 hits on the Faithfully video and have hit over 1000 on the Little Big Town one… thanks everyone… 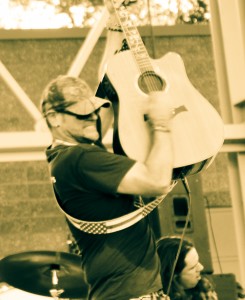